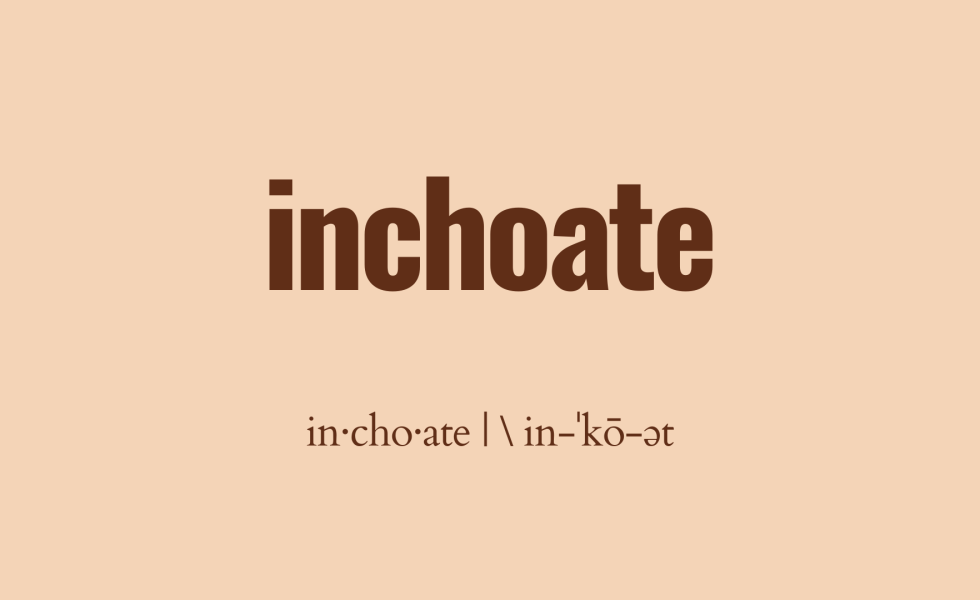 WOW – Word Of The Week is a weekly feature that I came up with in the year 2015 in order to learn new words and their meaning in the English language and improve my vocabulary.

If you wish to participate and post about WOW then, by all means, feel free to do so. A link-back to this blog post would be most appreciated and also it would help me in knowing that you’ve posted your work.

Picking up where I left off, this is going to be the 45th word for this feature.

An inchoate offence, preliminary crime, inchoate crime or incomplete crime is a crime of preparing for or seeking to commit another crime.

The most common example of an inchoate offence is “attempt”.

This word is most commonly used in relation to legal jargon therefore you can find it in various legal documentation.

I hope you guys like this word and hope it’s useful to you in some or the other way! If you want to check out more words like this, then visit my page:

Mango is the most adorable chompkin-munchkin ever!! Just look at those big round eyes... 😍
My writing block is finally BROKEN and I am writing like nothing else matters. Finished writing 2 short story, editing a couple and started 3 new ones. This collection of 13 short stories will be ready by the end of the month and I cannot be happier! ☺😊😇
My latest Tea Haul